Congratulations to Bill Olsen for being the first rider ever to complete over 40,000 KM in PA Rando Events, earning him the very first PA Rando Mondial award. The riding distance of 40,000 KM is approximately the circumference of the Earth (or about 20 laps around the perimeter of Pennsylvania). 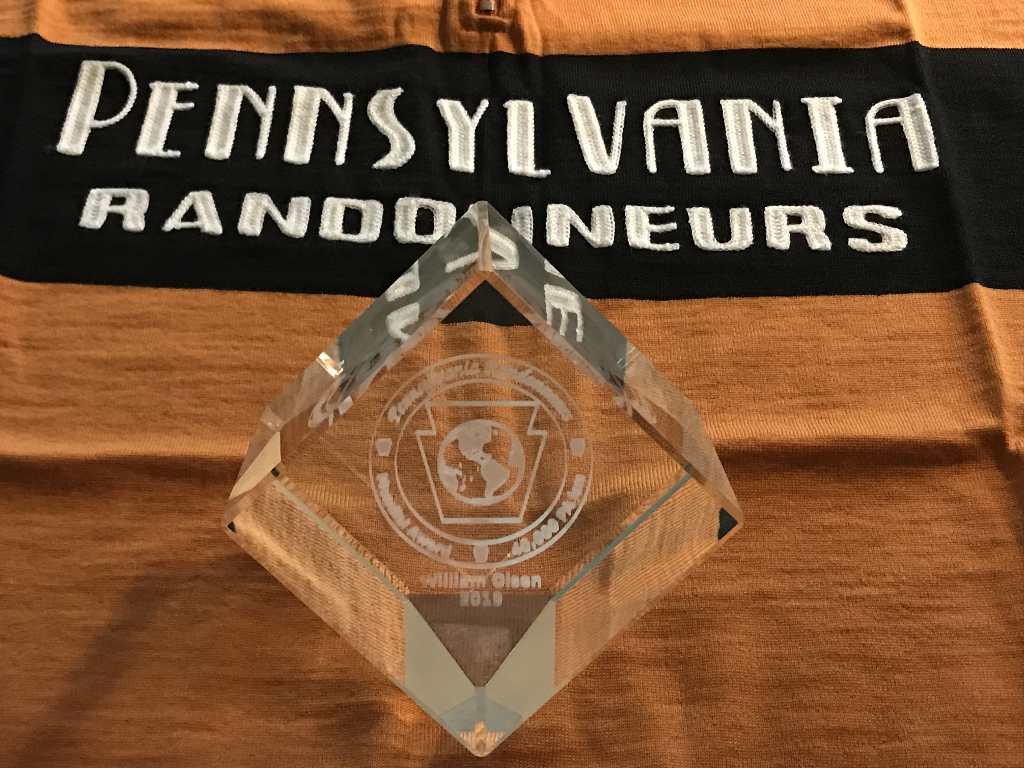 As of March 2020, Bill has ridden 40,565 KM in the 136 PA events he has finished -- more events than any other rider.  Bill is the only person to have earned two Pennsylvania R-5000  awards. He also has the most Pennsylvania Super Randonneur awards with nine, and shares a tie with Don Jagel having won a club leading four PA R-12 awards, including a PA R-36!

In addition to his riding prowess, Bill has been a tireless volunteer supporting countless PA Rando and NJ Rando events.

Chapeau Bill! Bonne route for your second lap around the Earth! 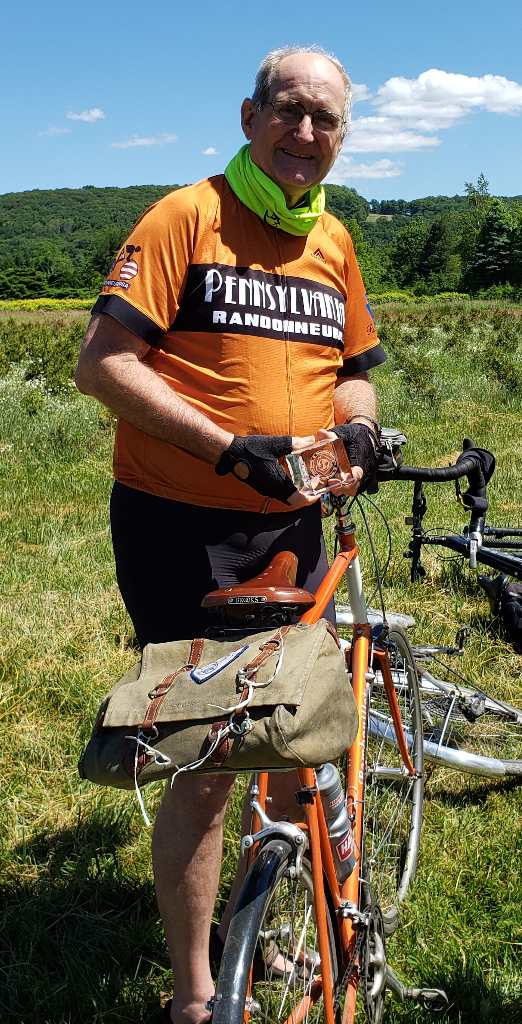